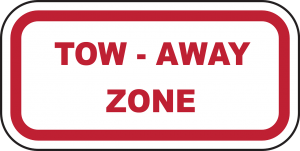 If so, call the Pittsburgh Tow Truck Insurance Specialist at Pathway Insurance by dialing 1-800-998-0662 through the normal workweek up until 5 PM Eastern Standard Time.

Pathway is a leading independent agency offering Tow Truck Insurance in Pennsylvania and throughout a number of states across the US.

No matter if you are a legitimate new business venture or an existing company looking for better deals on Tow Truck Insurance in Pittsburgh Pennsylvania, you can count on us to help you obtain what you need.

We Know Towing so You Can Get Going.™

In addition, we offer multiple ways to get in touch with our licensed agents by phone, by chat, and through our online quote requests 24 hours per day.

Whatever way works best for you, we are here to serve your insurance needs.

To send us a quote request online click on any of the links below that are closest to your business:

In our previous post we discussed two specific techniques some towing operators have been caught using to try to save money on their Pennsylvania Tow Truck Insurance.

The first method is the New Business Venture Sham Scam and the second we briefly discussed was the Tow Auto Hauler Scam.

The New Business Venture Sham Scam involves closing one company and setting up a new company.

Why would a towing operation attempt this technique?

Simply due to the fact that the towing operator cannot find affordable insurance because they been canceled for too many claims, hiding drivers, or hiding vehicles from the insurance company.

When the towing operation company receives notice of their cancellation they will typically begin to shop the market, and when they do so, they find it is extremely difficult to obtain good pricing on Pennsylvania Tow Truck Insurance after being canceled by an insurance company.

So, they come up with the bright idea to close down their existing company to start a new company so they may get a fresh start.

On the surface it seems like a legitimate business technique or loophole to be used by ingenuity of towing operators.

However, insurance companies do not look favorably upon towing operators who engage in this practice because technically it could be considered insurance fraud.

Insurance fraud means that a person intentionally misrepresents factual information to gain claim payment benefits they may not be entitled to. Alternatively, the policyholder’s goal is to obtain lower insurance pricing on the coverage itself that the insurance company may have ordinarily declined if they were aware of the facts.

Let’s consider a fictitious claim scenario that is not based on any person or event to see what happens when a towing operation engages in the New Business Venture Sham Scam.

Joey Pinky owns Pinky Wonky Towing and they have been in business for three years. Joey worked for Slim Snakens Towing until that company was seized by the federal government because the owner, better known as Slimy Slim Snakens because of his shady business dealings, was arrested for possession of a large amount of controlled substances.

Slimy Slim Snakens was convicted by the feds and sent up the river forever. His business assets were seized and the tow trucks owned by Slim were sold by government auction for pennies on the dollar.

Fortunately, Joey was able to buy two of Slimy Slim Snakens confiscated vehicles and, at the same time, he was able to avoid criminal prosecution for lack of evidence. Joey, along with the other drivers, were separated and interrogated when Slim’s company was raided by the feds because evidently Slimy Slim Snakens was using his tow company as a front to launder drugs and money.

Each of the drivers were grilled by the feds for hours. Evidently, they concluded Slim was the sole actor in the operation, so no other employees were criminally charged.

With two newer tow trucks, Joey is now in business as Pinky Wonky Towing. Joey is a great tow truck driver, but not so much a great tow truck company owner. Joey has trouble finding reliable drivers. If they can fog a mirror he hires them on the spot as long as they have a license and some experience.

In the beginning, Joey would add the drivers he hired to his policy until one day when he received a large premium increase that didn’t sit well with him. He calls his agent’s office and gets connected to Ted Stonewall, the customer service representative. Joey is quite upset about his insurance bill and that comes across pretty clearly when speaking with Ted.

“Ted, this is Joey Pinky. I’m calling from Pinky Wonky Towing. Listen, I don’t know who you people think you are, but I got a bill here for $2,000. I ain’t gonna’ pay it, you hear me? I’m going to take you crooks to court for stealing money from me.”

Joey is on a verbal rampage against Ted. Ted tries to patiently explain why he got a $2,000 bill but Joey is having none of it. Joey doesn’t let Ted get two words in and finally hangs the phone up on Ted.

The only thing Joey remembers from his conversation with Ted is that the new driver he just added, Booger McGee, actually Robert McGee, was responsible for Joey’s $2,000 rate increase.

Joey decides he will not add Booger to his new policy that he begins to shop around for shortly after his verbal tirade against Ted Stonewall, concluding that Joey’s company would be covered regardless of whether Booger was added or not to his business policy.

Next, Joey gets his trusty Yellow Pages out and starts looking for a new policy for his business.

Click on Allentown Pennsylvania Tow Truck Insurance for the rest of the story.

If you have been in business for more than three years and you have a spotless claim record you may qualify for super low pricing for Tow Truck Insurance in Pittsburgh and the surrounding areas.

If it is easier for you to send us an online request, choose this option by picking the area closest to your area of operation below: