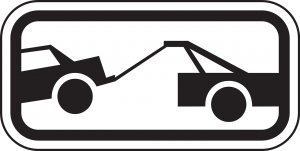 Better deals on Tow Truck Insurance in Allentown Pennsylvania and the surrounding areas are only one call or click away!

There’s also one other way you can reach out to our company for quotes and information and that is by means of our online quote request system which is available 24 hours per day, 365 days per year.

Find the link below which most closely matches up with your area of operation, click the link and you will be taken to our quote submission system to complete a few details about your business.

An agent will call you soon to verify your information and ask a few additional pertinent details.

One thing to keep in mind about Tow Truck Insurance in Allentown Pennsylvania, it’s easy to make a mistake, but hard to recover once the mistake happens.

Joey Pinky is the owner of Pinky Wonky Towing, a towing operation specializing in motor club work. Joey got his start after his previous boss, Slimy Slim Snakens got busted with 50 kilos of coke and his business along with 10 tow trucks were seized by the federal government and auctioned off.

Joey was a great tow truck driver for Slimy Slim, but he’s not such a great owner because he lets his drivers come in late, call off work (because they are drunk half the time) and he finds himself doing much of the towing work himself because he is perpetually shorthanded, putting in 18-hour days 7 days a week.

This leaves Joey quite tired and irritated much of the day. Joey also makes poor hiring decisions obviously.

Joey makes a whopper of a bad decision when he decided to hire Booger McGee, actually Robert McGee.

Booger is a very, very bad driver. He has 3 speeding tickets, 2 running red light tickets, and 2 at fault accidents in the last 3 years. Booger would have many, many more tickets if it were not for his hand dandy radar/laser detector.

Joey of course was completely unaware of this because he didn’t run motor vehicle reports prior to hiring someone.

Up until this point Joey had gotten pretty lucky. The drivers he hired (most fired shortly after they were hired because they couldn’t seem to show up on time for work) were relatively free of any activity on their driving record, until Booger got hired.

Booger was a BIG boondoggle hire that would haunt him for some time later, leading to another boneheaded mistake that would end up costing him his business.

Joey called his agent up, added Booger to his policy and then completely freaked out two weeks later when he got a $2000 bill.

Evidently adding Booger to his policy was going to run him an extra $2000 per month.

Joey gave both barrels to Ted Stonewall, one of the customer service representatives servicing Joey’s account. He couldn’t see how that would cost so much money to add Booger to his policy and he felt like the insurance company was ripping him off.

After cussing Ted out and hanging up the phone one thing did stick in his mind — Booger can’t be added to his new policy because there is no way he’s gonna pay an extra $2000 per month for a driver who he’ll probably only fire later anyway.

Joey finds a new company and of course does not add Booger to the policy, he just assumes the insurer would have to pay if Booger caused a claim.

What happens next? Click on Tow Truck Insurance Erie Pennsylvania to find out.

If you need good deals on Tow Truck Insurance in Allentown Pennsylvania you’ve got to call an agent with Pathway Insurance right now.

If it’s after 5 o’clock see if our chat system is available, click our chat link in one of our licensed agents will answer any questions that you have.

Or if it’s easier for you to simply send us a request online pick the area that you see below that is closest to your geographic area of business. Fill out a few details and one of her agents will get back with you soon.